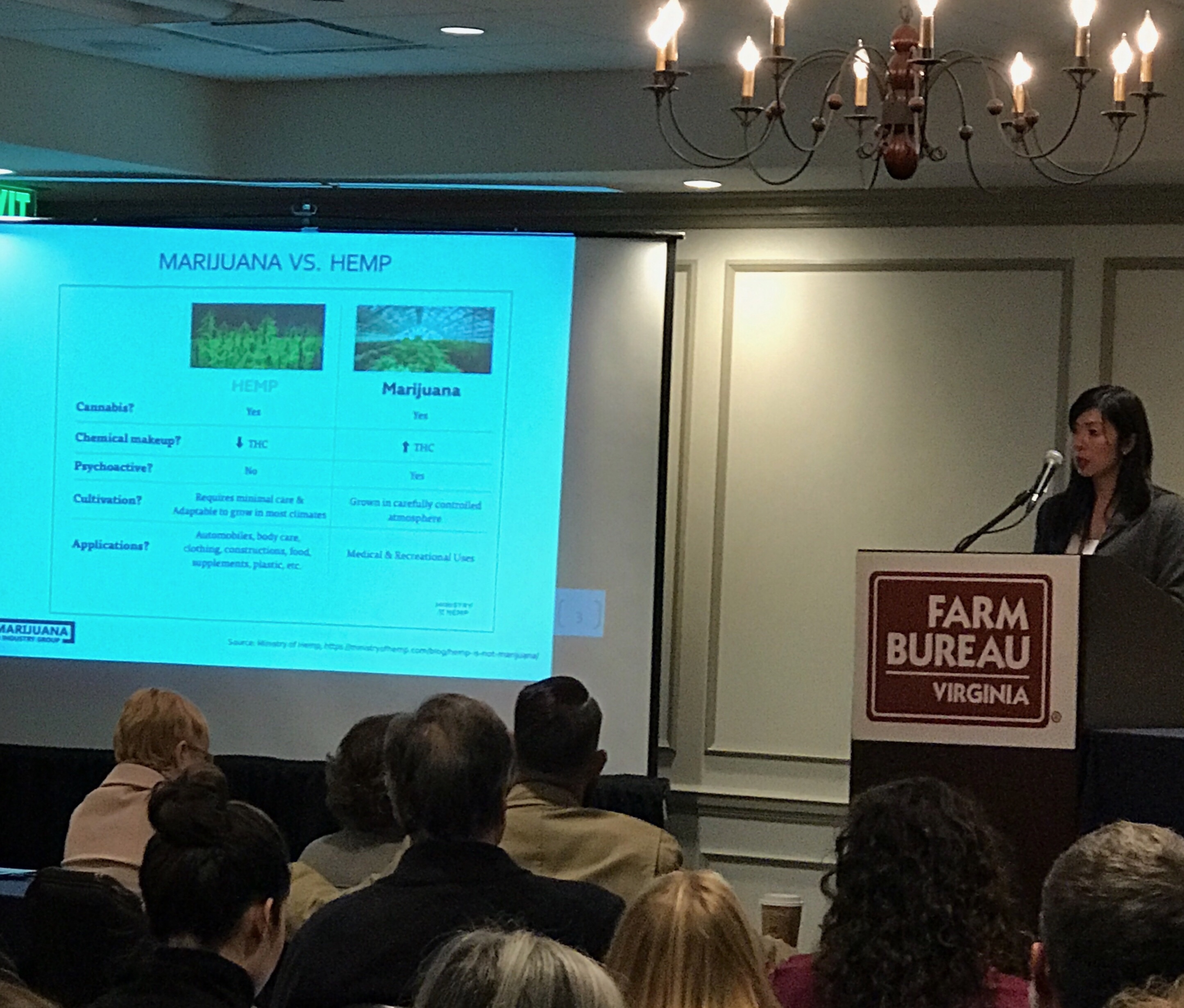 Virginia farmers attending a workshop on the regulation, production, processing and distribution of marijuana during the Virginia Farm Bureau Federation Annual Convention in Williamsburg were told there are three ways to create a legal market for growing marijuana.

“Change the federal status, get a vote by the people or create legislation at the state level,” explained Kristi Kelly, executive director of the Marijuana Industry Group, Colorado’s oldest, largest and most diverse trade association for licensed cannabis businesses.

Cannabis, or marijuana, she said, has a plethora of medicinal purposes. In Colorado, the growth and sale of medical and recreational marijuana is legal. She told attendees that there have been more than 20,000 published medical studies worldwide about marijuana’s efficacy. Twenty-nine states and the District of Columbia allow the growing and processing of medical marijuana.

In Virginia, the substance is still illegal; however, an MIG poll found that as many as 96 percent of Virginians support medical marijuana if prescribed by a doctor.

“As you consider growing marijuana in your state, think about what populations could benefit,” Kelly said. Studies have found marijuana can stop seizures, kill cancer cells, alleviate migraines and help with post-traumatic stress disorder symptoms, among other things, she added.

Farm Bureau supports the use of state-licensed and -approved facilities to research the medical benefits of production cannabis. The organization also supports research, market development and legalization of the production of all fiber crops, including low-grade industrial hemp.

Lindsay Reames, Virginia’s assistant secretary of agriculture and forestry, said a handful of Virginia farmers are growing hemp in conjunction with research at state universities. Until industrial hemp is no longer listed as a federally controlled substance, however, no additional farmers will be able to grow it.

New federal legislation introduced this summer—H.R. 3530, the Industrial Hemp Farming Act of 2017—would exclude industrial hemp from the definition of marijuana, Reames explained. The bill would open existing hemp research to Virginia colleges and add a program under which farmers could grow hemp without a university affiliation.

One thought on “Virginia farmers learn about potential for growing hemp, marijuana”