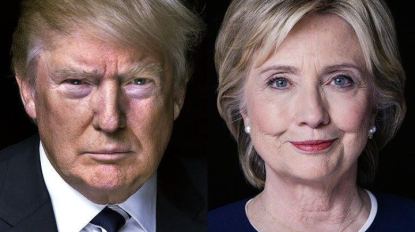 Every four years, the American Farm Bureau Federation asks the Democratic and Republican presidential nominees to address the issues that concern farmers and ranchers the most. We asked Democratic nominee Hillary Clinton and Republican nominee Donald Trump the same questions.

By Cody W. Lyon, the Director of Advocacy and Political Affairs with the American Farm Bureau Federation.

We all deserve to have confidence that our food is safe.  PERIOD.

American consumers need to know that the best science is used to ensure that the most wholesome product possible is produced and offered.

America’s farmers and ranchers have always been and will always be committed to producing safe and affordable food for consumers in the U.S. and around the world. There are several reasons for their strong support for food safety:

Numerous nationwide food recalls have increased consumer awareness of food safety. At issue is whether the current food safety system has the resources, authority and structural organization to safeguard the health of American consumers against foodborne illness.  We are also concerned whether federal food safety laws have kept pace with significant changes in food production, processing and marketing, such as new food sources, advances in production and distribution methods and the growing volume of imports.

Agriculture is a thread that connects every American to each other from the farm to the table.

We asked each of the candidates the following question:

Food quality and safety are vital concerns for consumers and farmers and ranchers. Consumers are increasingly interested in where their food comes from, but their views are often influenced by misinformation and a lack of understanding of agriculture. How would you ensure that farmers and ranchers have the necessary freedom to operate while working to meet consumers’ demands for a variety of food choices, whether organic or conventional, meat or vegetarian, local or the household-name products many of us grew up with and still enjoy thanks to our major national food makers? There is no one size fits all in agriculture. Would you ensure that regulations do not restrict consumers’ or farmers’ food and production choices?

“The Trump Administration will be a pro-agriculture Administration. As President, I will fight for American farmers and their families. Through hard work, persistence and innovation, and making wise use of our nation’s God-given lands and resources, American farmers are the best in the world at growing the food and other products that people need to flourish. Growing our farm sector and supporting our nation’s farmers are absolutely critical steps to making America great again. Too often, bad policies and needless government mandates harm farmers and make food and farm products more costly for consumers. I support, and will implement, policies that are good for farmers and consumers. For example, I oppose unwarranted government mandates that hurt farmers and confuse consumers, such as mandatory biotech labeling. I will also fight for tax reform that reduces tax burdens on American farmers. We will end the death tax. I will reverse the EPA’s war on farmers by rescinding the Waters of the US rule, climate rule, and the host of other regulations that are harming farmers without helping the environment. I will appoint justices to the Supreme Court who will defend the 2nd Amendment. Hillary Clinton will appoint justices who will eviscerate 2nd Amendment rights. Most importantly, we will get the entire U.S. economy growing again, which will be a boon to the Agriculture sector as well.”

“Due to the ingenuity of America’s farmers and ranchers, consumers across the world have access to better, safer, and a wider variety of food options than ever before. Hillary Clinton believes that supporting that ingenuity goes hand in hand with ensuring food quality and safety.

That’s why, as president, Hillary will fight to increase our investment in the basic and applied research that makes agricultural advancements possible. She will also fight to ensure that America’s farmers and ranchers of all sizes have the tools they need to succeed. That means expanding access to capital; investing in rural transportation, water, and broadband infrastructure; and continuing to make progress in targeting federal resources in commodity payment, crop insurance, and disaster assistance programs.

Hillary also believes we should work to build a strong local and regional food system by doubling funding for the Farmers Market Promotion Program and the Local Food Promotion Program. By expanding food hubs and farmers markets, increasing access to fresh food, and encouraging direct sales to local schools, hospitals, retailers and wholesalers, we can increase consumer access to food and support American farmers and ranchers.”

There is no one size fits all in agriculture. Would you ensure that regulations do not restrict consumers’ or farmers’ food and production choices?

As president, Hillary will always engage a wide range of stakeholders, including farmers and ranchers, to hear their concerns and ideas for how we can ensure our rural communities and our agriculture sector remain vibrant. If there are implementation challenges with a particular regulation, Hillary will work with all stakeholders to address them.