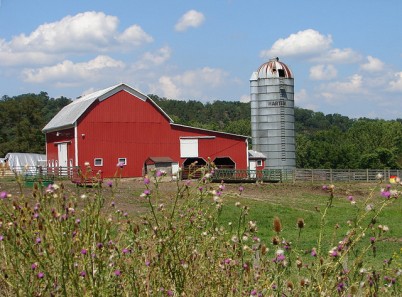 Farm bankruptcies in 2019 increased nearly 20 percent nationwide, but there was no significant increase in the number of Chapter 12 filings in Virginia.

Chapter 12 bankruptcy filings allow family farmers and fishermen to avoid liquidation or foreclosure. According to an analysis by the American Farm Bureau Federation, there were 595 Chapter 12 family farm bankruptcies in the U.S. last year. That number reflects an increase of nearly 100 filings from 2018 and the highest number since 2011, when they reached 637. Only six Chapter 12 farm bankruptcies were listed for Virginia, the same as in 2018.

“We have certainly seen some stress from the price standpoint on farm operations, but we’ve been fortunate in the past years to have some good yields and that has helped improve our farmers’ bottom lines,” commented Christopher Simms, regional lending manager with Colonial Farm Credit. “The U.S. Department of Agriculture farm programs have been key to some farmers’ survival, especially the Market Facilitation Program over the past few years.”

In 2019 the USDA authorized $14.9 billion in MFP payments to farmers across the nation to offset lower commodity prices due to ongoing trade disputes.

“There are Virginia growers who have been receiving those payments, and that has been a critical component for them,” said Simms, who also is a member of the Southampton County Farm Bureau. “We’ve probably also seen our growers be more conservative in their expense management.”

He noted that not many Virginians are purchasing new farm equipment. “Honestly, it has been very limited on equipment purchases; farmers have tightened their belts.”

U.S. farm bankruptcy rates rose in the Midwest, West and South last year, with the greatest increase in Georgia. Virginia was one of only nine states where the number of bankruptcies didn’t increase from 2018.

“Being in Virginia compared to the Midwest, we also have more opportunities for the non-farming spouse in a family to bring in off-farm income,” Simms commented.

He added that although prices for agricultural commodities continue to trend low, recently approved trade deals should help farmers this year. Simms said 2020 “will be another year of limited profitability at this point for farmers. But there’s certainly some reason for optimism.”