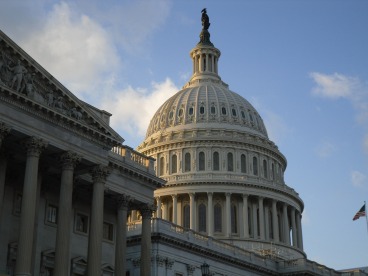 This week, both Sen. Mark Warner and Sen. Tim Kaine showed support for the U.S. Mexico-Canada Agreement (USMCA). Estimates indicate the United States will gain more than $2 billion in additional farm exports and $65 billion in gross domestic product once the agreement is in place

Earlier this week, Sen. Warner and the Senate Finance Committee passed USMCA moving the agreement one step closer to a full Senate vote and ratification.

On Thursday, Sen. Kaine released the following statement announcing his support ahead of votes in Senate committees on the deal next week:

“Canada and Mexico are two of Virginia’s largest trading partners, and maintaining a strong trade relationship with them is critical for businesses and farmers across the Commonwealth,” said Kaine. “My test for whether I’d support USMCA has always been whether the deal includes strong protections for workers and the environment. After changes negotiated by Democrats with the Administration, I feel confident this bill meets that threshold, and I’ll support its passage through Congress.”

A number of organizations are also in favor of USMCA, including Virginia Farm Bureau, Farm Credit of the Virginias, the Virginia Cattlemen’s Association, and the Virginia Poultry Federation.

“Virginia Farm Bureau strongly supports passage of USMCA. The new trade agreement would build on the success of NAFTA while modernizing and updating that agreement with important provisions that support U.S. agriculture, and drive American innovation and competitiveness. At a time when American farmers are facing low commodity prices, natural disasters, and overseas trade wars, the USMCA provides trade certainty to farmers and allows Virginia farmers to compete in an increasingly crowded global economy,” said Wayne Pryor, President of the Virginia Farm Bureau.