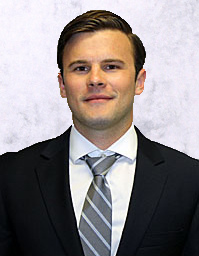 Congress often works most efficiently when they are under a deadline. With 2019 drawing to a close, legislators (and their staff) work hard to close up shop and head home to their Districts and their families. With this deadline in mind, we saw Congress pass a flurry of bills during these last few weeks of the first session of the 116th Congress. We have all seen the headlines and news coverage coming out of Washington this past week, but amongst the noise, several landmark agricultural bills have been moved. Get comfortable and grab a hot drink, this is going to be a long article but worth a read as you prepare for the new year.

Trade has absolutely dominated the agricultural news-cycle this past year. Regardless of the commodity you produce, or where in the country you live, trade has been top of mind as you have reviewed your balance sheet and your plans for 2020. We were proud to see major progress made on both US-China trade and the USMCA trade agreement in the final hours of the year.

The U.S. has announced a “Phase 1” agreement with China, meaning the U.S. would not impose tariffs on $160 billion of Chinese goods imports on December 15, and it is anticipated that China will agree to increase its purchase of U.S. agricultural products. We have not, however, completely normalized trade relations with China. The U.S. will retain the current 25% tariffs on $250 billion of Chinese imports and reduce, from 15% to 7.5%, the tariffs on a separate $112 billion of Chinese imports. This agreement does not include issues of steel production, technology transfer and treatment of U.S. businesses in China, which will be the subjects for future negotiations. But, the agreement is progress, and we welcome the positive step.

More importantly, on December 19th, the House passed the USMCA trade agreement on a bipartisan effort as shown by the overwhelming 385 to 41 vote. The entire Virginia House Delegation voted in support of the USMCA, except for Rep. McEachin. We are thankful to have near complete support from our Representatives on this important trade deal that touches nearly every facet of the American economy.

The USMCA will provide continuity in the growth of the North American market and will strengthen our trading relationships with Canada and Mexico, which are our number-one and number-two export markets, respectively. The USMCA not only locks in market opportunities previously developed with our North American neighbors but also builds on those trade relationships in several key areas. Estimates indicate we will gain more than $2 billion in additional farm exports and $65 billion in gross domestic product once the agreement is in place. Dairy, poultry, eggs, and wheat are particular winners through USMCA which will show real impact here in Virginia.

Virginia Senator Mark Warner has already announced his support for USMCA. When the Senate returns in 2020, we hope to see speedy, and bipartisan support for passage of USMCA so it can be sent to the President’s desk.

Around this time last year, we entered what would become the longest government shutdown in American history, lasting 35 days. Thankfully, we will not suffer a similar fate this year thanks to a major spending package headed to the President’s desk.

The legislation to fund the government contains many wins for American farmers, including much-needed disaster aid, a livestock ELD delay, increased broadband access, and funding to address the farm stress crisis. These big wins were priority issues VAFB has been advocating for during the past year:

The aforementioned spending package contained over a half billion in funding for broadband expansion, but to get that on the ground we need to know precisely where it is needed the most. To address this, the House passed H.R. 4229, the Broadband Deployment Accuracy and Technological Availability Act.  The legislation is a priority issue for AFBF.

The House passed by voice vote H.R. 4229, the Broadband Deployment Accuracy and Technological Availability (DATA) Act. This bipartisan and comprehensive bill would improve the accuracy of broadband coverage maps and better direct federal funds for broadband buildout. The bill does this by requiring broadband providers to report data to create an improved National Broadband Map that is significantly more accurate and granular that what we have today. The bill also requires the Federal Communications Commission to establish an audit process that ensures internet service providers are providing accurate data and create a user-friendly challenge process. With limited funding and an overabundance of need, more granular and accurate maps are critical to successfully target and distribute federal broadband programs.

The bill received broad support from Virginia and was cosponsored by Reps. Griffith, McEachin (original cosponsor) Riggleman, Spanberger, Wexton, and Wittman. It now moves to the Senate for their consideration.

Labor and the AEWR

Reform of agricultural labor and H-2A has been a goal of the industry for over two decades. Farms simply do not have the labor they need at the price they can afford. We have seen good bills fail to pass, and little progress made to improve this critical situation. In mid-December, the House passed H.R. 5038, the Farm Workforce Modernization Act of 2019 on a party-line 260-165 vote. The bill made some progress on labor but failed to reasonably address the AEWR, eVerify, federal private right of action,  and other priority issues.

On December 19th, the Department of Labor announced the Adverse Effect Wage Rate (AEWR) for H-2A guest workers in the Federal Register. It comes as no surprise that the Virginia rate increased. The 2020 AEWR for Virginia will be $12.67 per hour. The increase was smaller than recent years, but as a whole the AEWR is simply too high and is making H-2A unaffordable. We expect to see minimum wage bills introduced into the Virginia General Assembly in 2020 which would compound this issue.

If Time Magazine had a cover for “Crop of the Year” it would undoubtedly go to Hemp. Since the 2018 Farm Bill removed hemp from Schedule I status under the Controlled Substances Act, hardly a day went by without hearing from a farmer or seeing news about hemp, and the unparalleled opportunities and risks the crop presents to farmers.

USDA issued their interim final rule on hemp back in October, and they thankfully extended the comment period to January 29, 2020 for us to submit feedback and suggestions on how to improve the program.

EPA has also approved the use of ten pesticides to be used on hemp ahead of the 2020 growing season. The products include nine biopesticides and one conventional pesticide. You can click here to access the registration numbers and names of these products.

December 19th, Virginia Farm Bureau hosted a conference call between Virginia hemp growers and processors, and Bill Richmond, Chief of the US Domestic Hemp Program, as well as VDACS and AFBF staff. It provided opportunities for us to communicate our needs, problems, and questions directly to USDA.

Over the Counter Antibiotics & Livestock

Way back in September, before anyone even thought about starting their Christmas shopping, the FDA released draft guidance to explain the recommended process for voluntarily bringing the remaining approved animal drugs containing antimicrobials of human medical importance (i.e., medically important) under the oversight of licensed veterinarians by changing the approved marketing status from over-the-counter (OTC) to prescription (Rx). This is part of the FDA’s “Five-Year Plan for Supporting Antimicrobial Stewardship in Veterinary Settings” and builds upon the momentum generated by the successful implementation of GFI #213. Under GFI #213, animal drug sponsors worked in collaboration with FDA over a 3-year period to voluntarily change OTC medically important antimicrobials used in the feed or drinking water of food-producing animals to VFD/Rx marketing status and eliminated the use of these products for production purposes (e.g., growth promotion). These changes took effect in January 2017.

Farm Bureau recognizes that antimicrobial stewardship is imperative to ensure the protection of human and animal health. However, it is important for the FDA to consider the disadvantages of reclassifying over-the-counter injectable antibiotics to prescription-only status when developing its final guidance. In the time of an animal health emergency, delaying access to treatment while waiting to get a veterinary prescription that could require lengthy travel often results in prolonged suffering and stress of the animal. Removing over-the-counter access to currently available antimicrobial tools would compromise animal health and welfare due to the lack of food animal veterinarians in our state.

We will continue to work with FDA and related groups to develop rules that protect human health, yet are nonburdensome for farmers, and ensure the timely and efficient protection of animal health.

Thank you for taking time to read this report on Congressional and regulatory action happening in the final weeks of 2019. Please remember that your input is critical to our policy development, and your feedback to legislators can truly shape future agricultural policy.

Stay tuned for more updates from Virginia Farm Bureau in 2020.

One thought on “The Rowe Report: The Last Train Out of Washington”