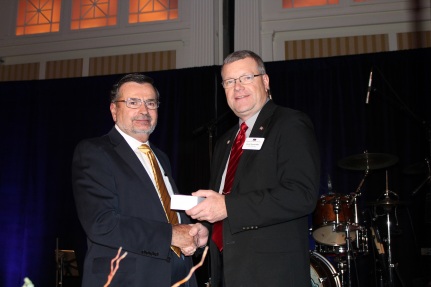 “It’s been an exciting year for Farm Bureau and agriculture on the policy front, and I have a lot of good news to share,” VanderWal told farm leaders Nov. 28 at the Virginia Farm Bureau Federation 2018 Annual Convention in Hot Springs.

The South Dakota corn and soybean farmer has served as AFBF vice president since January 2016 and is also president of the South Dakota Farm Bureau. He shared that in early September he was invited to the White House to meet with Vice President Mike Pence and discuss the effects of tariffs on farming.

“They are listening,” VanderWal said. “I can assure you they hear our story.” He called the Market Facilitation Program created to help farmers adversely affected by the trade wars “a victory.”

A new clean water rule to take the place of the former Waters of the U.S. legislation is being created—thanks in part to Farm Bureau’s lobbying efforts. “The Trump administration has listened and is working to write a new rule,” VanderWal said. He added that the public will have the opportunity to comment before the rule is finalized, and that environmental activists will be opposed. “We have to win this one,” he cautioned. “Failure is not an option.”

Midterm election results also are considered a success by VanderWal. He said recent elections have proven that rural America can have an influence at the polls. He advised that Farm Bureau members need to work on educating new legislators, because there are about to be 125 members of Congress with less than two terms of experience.

“We need to fill in their knowledge gaps, because if we don’t, someone else will.”

VanderWal urged convention participants to reach out to new legislators, “invite them to your farm, and share personal stories of how legislation affects you.”