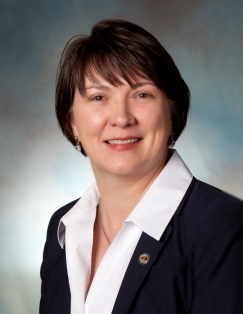 Governor-elect Ralph Northam today announced his selections for Secretary of Agriculture and Forestry and Secretary of Natural Resources.

Bettina Ring will become Virginia’s next Secretary of Agriculture and Forestry.

“Agriculture and forestry make up two of Virginia’s largest industries, and as a native of the Eastern Shore I am keenly aware of the unique challenges facing those Virginians who proudly make it their livelihoods,” said Governor-elect Ralph Northam. “If we want to ensure the responsible stewardship of our historic and natural resources and continue our economic growth, we need leaders who are understanding of the necessary balance between both. I am confident the team I am naming today will do just that.”

Ms. Ring was appointed State Forester by Governor Terry McAuliffe in 2014. Prior to that, she served as Senior Vice President of Family Forests at the American Forest Foundation where she was responsible for overseeing the  American Tree Farm System®, the largest and oldest sustainable woodland program  in America, supporting more than 80,000 family forest owners collectively  managing 27 million acres of certified woodlands. Ms. Ring has a long  history in the conservation and forestry sectors, having spent 14 years at the Virginia Department of Forestry, departing the agency in 2001 as Deputy State Forester. In her role, Ms. Ring was responsible for operations, and  helped to develop and implement a new mission, vision and strategic plan for the department.  In the years following her Department of Forestry service, Ms. Ring held various leadership positions within nonprofit organizations  focusing on natural resources management and conservation, including the  Colorado Coalition of Land Trusts, The Wilderness Land Trust and the Bay Area Open Space Council. Ring holds a Bachelor’s degree in Forestry and Wildlife  from Virginia Tech and a Master’s degree in Business Administration from James  Madison University.

Matt Strickler will join the administration as Virginia’s next Secretary of Natural Resources.

Strickler serves as Senior Policy Advisor to the House Committee on Natural Resources under Democratic Ranking Member Raúl Grijalva (AZ-3). His portfolio includes fisheries, oceans, wildlife, and coastal policy, as well as related energy and public lands issues. He also handles matters related to The National Environmental Policy Act (NEPA). Originally from Lexington, Va., he graduated from Washington and Lee University and holds master’s degrees in public policy and marine science from the College of William and Mary and the Virginia Institute of Marine Science. He was a Knauss Marine Policy Fellow in NOAA’s Office of International Affairs in 2007, and worked on U.S. Senator Mark Warner’s successful 2008 campaign. Immediately prior to joining the Committee in 2012, Matt worked in the Virginia General Assembly as a legislative assistant to then-state Senator Ralph Northam.