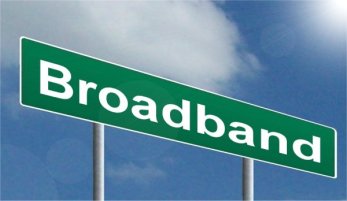 “Expanding rural broadband access  is a vital part of this administration’s work growing and diversifying the new Virginia economy and I am pleased that Microsoft has chosen our Commonwealth as one of the initial 12 states to launch this initiative. Microsoft’s plan to invest alongside local telecom services, as well as form partnerships with local and regional organizations like the Tobacco Region Revitalization Commission, will allow them to pinpoint specific needs of rural localities, bridging the rural broadband gap. I look forward to working with Microsoft to make sure we succeed in bringing broadband access to every corner of the Commonwealth.” – Governor Terry McAuliffe

Microsoft is aiming to bring broadband Internet to millions of rural Americans within the next five years through what is now unused TV spectrum, the company announced Tuesday.

Microsoft’s ambitious plan, dubbed the Rural Airband Initiative, will begin in 12 states, where the company said it will invest in broadband connectivity alongside local telecom services. One of the partner telecom companies is CenturyLink, which is working on a broadband project in eastern Washington state, said Microsoft president and chief legal officer Brad Smith in an interview.

Microsoft said that it does not intend to enter the telecom business itself or directly profit from the initiative. Instead, every dollar Microsoft earns from revenue-sharing with telecom operators at least for the first five years will be reinvested to fund additional broadband coverage, Smith said.

The strategy of turning to unused TV spectrum, or white space, to expand high-speed Internet access is not new to Microsoft, which has long sought to use vacant airwaves to provide cheap, wireless broadband. The company said that it decided to use the unused TV spectrum instead of fiber-optic cables or fixed wireless technology, such as 4G, because it is significantly cheaper.

Microsoft’s announcement comes at a time when other technology companies are developing ways to deliver Internet connectivity to tens of millions of people living in rural areas in the United States and other underserved markets. According to Microsoft, there are 23.4 million rural Americans living without high-speed Internet access. Google and Facebook have both sought to explore the use of drones, lasers and satellite technology to bring connectivity to the developing world. Facebook launched its Internet.org initiative to connect the nearly 5 billion people around the world that don’t have access to affordable Internet connections.

Microsoft’s plan would try to bring broadband Internet to 2 million people in rural areas of the United States by July 2022.