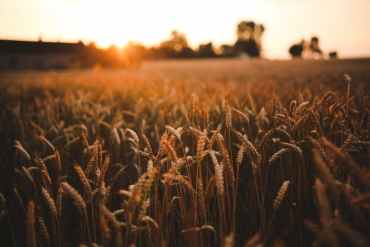 Virginia barley and winter wheat harvests have been on a downward trend for several years, and 2016 was an especially disappointing one for growers. But  Virginia Farm Bureau Federation grain marketing expert Robert Harper believes small grains will remain an essential part of the state’s farm economy.

Both the barley and winter wheat harvests for 2016 were 33 percent smaller than the year before. A cold, wet spring that reduced yields is blamed for the poor production levels, according to a Dec. 15 report from the U.S. Department of Agriculture’s National Agricultural Statistics Service. But farmers also are struggling with low prices, explained Harper.

“Our producers are really good at growing small grains,” Harper said. “They know how to plant them, how to protect them. But in addition to the weather, the difficulty in 2015-2016 has been price. Profit margins are really tight right now, even for the most efficient producers.”

Despite those challenges, Harper said, small grains are an essential companion crop to soybeans, and many producers have seen better soybean harvests when planting on land previously sown with small grains.

Wheat, barley and some oats usually are planted in fall in Virginia and go dormant over the cold months, reviving to be harvested late in the following spring.

In 2016 winter wheat yields averaged 53 bushels an acre, 13 bushels less than in 2015, according to NASS. Average wheat yields per acre were the lowest since 2010, and production totaled 9.28 million bushels.

Barley is another winter small grain that has declined in recent years. In 2012, 2.9 million bushels of barley were harvested. That declined to 804,000 bushels in 2016. The top barley production county was Northampton, followed by Westmoreland, Shenandoah, Hanover and Rockingham counties.

Most of the wheat raised in Virginia is sold for animal feed, but a small percentage is used in flour production, Harper said. Barley is also a popular animal feed, but the craft brewery market for barley has been growing.