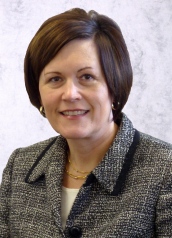 The House Appropriations Committee and Senate Finance Committees held their retreats to look at the fiscal issues that they will be facing the 2017 General Assembly.  The information presented shows a shortfall of approximately $800 million to $850 million for fiscal year 2018.  Each committee heard about the strategies that they could consider for making up this gap or strategies that the Governor may utilize when he presents his budget on December 16, 2016.

The Virginia Constitution and underlying laws allow Commonwealth to take a $225 million withdrawal from the its Rainy Day Fund.  The pay raises for state employees will be eliminated which will address $221 million of the shortfall.  This accounts for addressing just slightly over ½ of the shortfall.

Governor McAuliffe has directed all state agencies except for K-12, debt service and some other exemptions to submit plans to reduce their budgets by 7.5%.  While higher education was exempt from the FY2017 (October 14, 2016) cuts, they were required to submit plans for 7.5% reductions.  At the House Appropriations Committee retreat, it was shared that Virginia Cooperative Extension at VT and VSU funding required for state match to federal funding would be exempt from the proposed cuts.  While this is good news, it doesn’t exempt all of the funding from Virginia Cooperative Extension and Agriculture Research – it just lessens the impact.

Prior to this mandate, Virginia Cooperative Extension had offered an early retirement plan to Extension agents.  The reason for this offering is based on a funding formula change at the state level which created a deficit in future Extension budgets.  Senator Obenshain and Delegate Rush attempted to correct this funding formula change but were not successful in the 2016 General Assembly. There will be an assessment made following the confirmation of which agents choose this early retirement option to look at what gaps exist and where and how best to fill the gaps that exist.

This is certainly not the first time that the state has faced shortfalls of this nature.  The Delegates and Senators heard reports that one of the factors was the decline in withholding taxes and that job replacements came in at lower wages than prior positions.  Another factor is the shifting of consumer spending patterns which resulted in lower sales tax revenue.