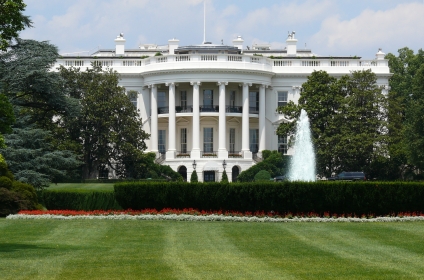 Every four years, the American Farm Bureau Federation asks the Democratic and Republican presidential nominees to address the issues that concern farmers and ranchers the most. We asked Democratic nominee Hillary Clinton and Republican nominee Donald Trump the same questions.

From farmers to the animals and plants in their care, a healthy environment and clean air are vital for their well-being.  Stringent Clean Air Act standards, and in particular new regulations concerning greenhouse gases (GHG), offer a moment for reflection.  Which is why GHG and clean air is a key issue in the upcoming election.

One of our concerns is that unilateral action by the United States will not make a difference on global temperatures or stop devastating weather events.  And in the process may impose costs and regulations on our own economy while other countries are not held to the same standard.   Any commitment to reduce fossil fuel use – whether it is through a carbon tax, a mandatory cap-and-trade scheme or some other initiative – would be enormously costly to all of us and is of concern to farmers and ranchers.

Farm Bureau, as most others, supports continued environmental improvements, including sensible approaches to address clean air challenges. We may disagree about how to get there, however economic growth and environmental progress are not mutually exclusive goals.

Progress is achieved through many avenues, including making gains in efficiency, developing new technologies, and increasing the use of renewable fuels, among others.

We asked each of the candidates the following question:

Greenhouse gas regulations that would raise farmers’ cost of production or impose a carbon tax would put American farmers and other businesses at a competitive disadvantage to farmers and businesses in other countries that would face fewer regulations while continuing to pollute the planet. How would you ensure that clean air and climate regulations are within the scope of federal agencies’ statutory authority and do not hamper American productivity and competitiveness?

“Hillary Clinton rejects the false choice between strengthening our economy and protecting our environment and climate. This is particularly true in light of the historic Paris Climate Agreement reached last December, in which all countries committed to take national action to cut their carbon pollution. As President, Hillary will go beyond the agreement made in Paris, cutting our emissions by 30 percent below 2005 levels by 2025.

As President, Hillary will work to make the United States the clean energy superpower of the 21st century, and build off the range of pollution and efficiency standards and clean energy tax incentives that have made the United States a global leader in the battle against climate change while protecting kids’ health, saving American households and businesses billions of dollars in energy costs, and creating thousands of good paying jobs.

Over the past seven years, the amount of wind power in the U.S. has grown threefold and the amount of solar power has grown 30-fold. Renewable energy is now the fastest growing source of job creation in the country. America’s farm communities have played a critical role in this progress with 99% of utility-scale wind production occurring in rural areas, attracting more than $100 billion in private investment. Meanwhile,  electricity prices have fallen by 10% for American families and businesses  in real terms.

Landmark vehicle standards under the Clean Air Act are  reducing US oil consumption by 1.8billion barrels and saving the average driver $130 to $180 a year. The Renewable Fuel Standard is cutting US oil dependence and carbon pollution even more.

As President, Clinton will work to build on this progress, including by a launching $60 billion Clean Energy Challenge to forge new federal partnerships with states, cities, and rural communities across the country that are ready to take the lead on clean energy and energy efficiency, giving them the flexibility, tools and resources they need to succeed. This includes expanding the Rural Utilities Service and other successful USDA energy programs and ensuring the federal government is a partner, not an obstacle, in getting low-cost wind and other renewable energy from rural communities to the rest of the country, and helping electric coops capture the clean energy and energy efficiency opportunities of the 21st century.”

“I strongly oppose the extreme, climate alarmism agenda of the Obama-Clinton years. Too often, the Obama-Clinton team imposed billions of dollars in environmental costs on American citizens without achieving real environmental benefits. In fact, the Obama EPA cut funding to the States for water infrastructure and programs that help rural communities while increasing spending on EPA bureaucrats, lawyers, and UN climate programs. As President, I will rescind the Climate Action Plan (including the Clean Power Plan) and other excessive regulations issued under the Clean Air Act that impose unjustified costs on American workers and farmers. My administration will work cooperatively with the States to achieve shared, common-sense environmental goals. Affordable energy is critical to the success of American farmers. According to a recent report in the Wall Street Journal, the Obama-Clinton climate agenda will cost the U.S. over $5 trillion. We cannot afford to allow the Obama-Clinton policies of high energy costs and overreaching regulations to continue any longer.”