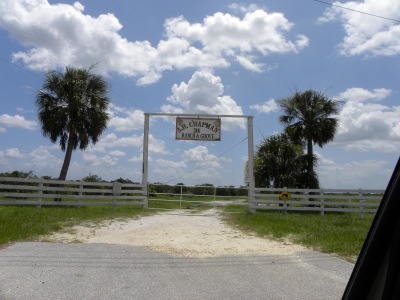 From the Field is a bi-monthly column written by Mark Campbell, Farm Bureau Field Services Director for the Central District. He writes about Farm Bureau member benefits and County Farm Bureau activities.
What is a “farmcation” you may ask?  Well, for some of us, it is taking in some type of agriculture while on vacation.  My family and I went to Florida last week for our vacation.  We drove.  It’s too expensive to fly a family of four, and I don’t mind driving.  We spent two days at Disney World and six days at the beach.  Our beach destination, Sanibel, was three hours southwest of Disney World.
On the way to the beach, we stopped to see my friend from Florida Farm Bureau who lives in southwest Florida.  He also happens to be a District Field Services Director like myself.

One comment before describing the farmcation:  Disney has the logistics of moving lots of people in the most efficient manner down to a science.  My wife had an app on her phone that even reported wait times at rides and best times to check back at certain rides.  That app worked great.  We didn’t have to wait for many rides or shows at all.  It was impressive.  I thought of Temple Grandin as we made our way through the lines and on to trams.

O.K.  Back to the rest of the story.  My farmcation mainly involved driving through the rural parts of the state and taking pictures and paying particular attention to what was growing or grazing on either side of the roads.  There are definitely rural areas.  On one piece of road that I was on, there wasn’t a convenience store, gas station or hardly a house to be seen for quite a while.  This was actually the best part.  It was just big pastures and cattle for as far as the eye could see scattered with Palm and Live Oak trees; such a beautiful sight.

I especially enjoyed the drive from Kissimmee to Ft. Myers.  This was major citrus and cattle country.  In fact, the further south I drove, the larger the cattle herds.  The pastures were huge.  Most of the cattle, as to be expected, had Brahman influence for the heat and insect tolerance.  The cattle were grazing in the middle of the afternoon thanks to that Brahman influence.

Florida cattle used to be known years ago as being a Heinz 57 mix of about every breed under the sun.  Today, Florida cattle enjoy a good reputation in the beef cattle industry as the ranches have really improved their genetics and health programs.  The most prominent breeds are Angus, Brangus, Braford, Charolais, and SimAngus.  Florida is the 10th largest state in the USA for beef cows. 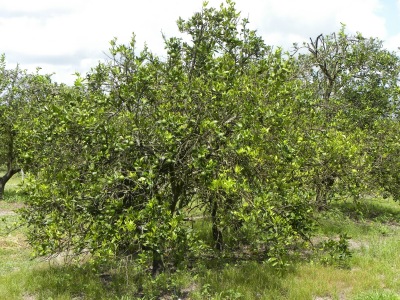 I also noticed in the southwestern part of the state that there were a fair amount of melon and blueberry growers.  I always thought of blueberry production mainly in the mid-Atlantic to northern states, like Michigan.  But blueberry production in Florida seemed pretty big.  Of course the orange and grapefruit trees were plentiful.
On our way back home, in the central area of Florida from about Ocala to Jacksonville, the main types of agriculture were produce, cattle and horses.  In the Ocala area, there are some very impressive horse farms with big barns.  I saw so many horses, I thought I was in Lexington, Kentucky instead of Florida.  There were lots of black board fences, manicured pastures, and nice barns.
My family and I enjoyed Disney World and our “farmcation,” but, just like Dorothy says, there’s no place like home.
Until next time,
Mark