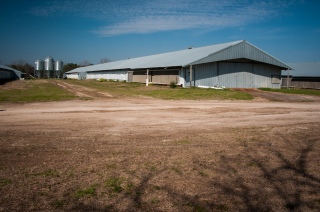 Poultry and livestock farmers scored a win Monday when a federal court rejected efforts by the Environmental Protection Agency to dismiss a case brought by West Virginia poultry farmer Lois Alt, according to the American Farm Bureau Federation.
Alt had challenged an EPA order demanding that she obtain a Clean Water Act discharge permit for ordinary stormwater runoff from her farmyard. Despite EPA’s recent withdrawal of the Alt order, the U.S. District Court for the Northern District of West Virginia ruled that the case should go forward to clarify for the benefit of Alt and other farmers whether, as EPA contends, discharge permits are required for “ordinary precipitation runoff from a typical farmyard.”
“EPA seems to have believed if it withdrew the order against Ms. Alt, the court would dismiss her lawsuit,” said AFBF President Bob Stallman. “The tactic failed because the court recognized EPA wasn’t changing its underlying legal position, but just trying to avoid having to defend that position.”
Alt filed suit against EPA in June 2012 after the agency threatened her with $37,500 in fines each time stormwater came into contact with dust, feathers or small amounts of manure on the ground outside of her poultry houses as a result of normal farm operations. EPA also threatened separate fines of $37,500 per day if Alt failed to apply for a National Pollutant Discharge Elimination System permit for such stormwater discharges.
Alt responded with a lawsuit challenging the EPA order. AFBF and the West Virginia Farm Bureau intervened as co-plaintiffs with Alt to help resolve the issue for the benefit of other poultry and livestock farmers. EPA withdrew its order in December 2012, about six weeks before briefing on the legal issues was set to begin. The same month, five environmental groups, including Waterkeeper Alliance, Center for Food Safety and Food & Water Watch, moved to join the lawsuit on the side of EPA.
In opposing EPA’s motion to dismiss, Alt and Farm Bureau argued that farmers remain vulnerable to similar EPA orders, because EPA stands by its contention that the Clean Water Act statutory exemption for “agricultural stormwater” does not apply to stormwater from the farmyard at a concentrated animal feeding operation. The court agreed, noting that “[t]his Court’s ultimate decision on the merits will benefit all parties, including EPA and many thousands of farmers, by clarifying the extent of federal CWA ‘discharge’ liability and permit requirements for ordinary precipitation runoff from a typical farmyard.”
“Ms. Alt has courageously taken on EPA not just for her own benefit, but for the benefit of other farmers,” said Stallman. “She refused to back down from her principles despite the best efforts of EPA and environmental groups. We are pleased that the court agreed that the stakes are high for all poultry and livestock farmers and this issue should be resolved.”

In addition to denying EPA’s motion to dismiss, the court allowed the environmental groups to intervene and ordered briefing on the Alt and Farm Bureau claims to begin by June 1.