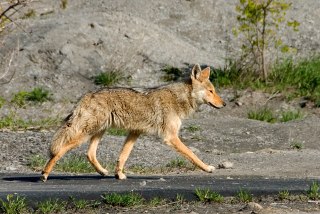 It’s bad news for coyotes this year at the General Assembly.

Both versions of the House and Senate budget restored $40,000 to a cooperative state and federal program to help landowners to learn how to control and abate coyote predation on livestock. This brings the program back to a minimal amount needed to continue.

This program was established in 1990. It is a cooperative service agreement between the Virginia Department of Agriculture and Consumer Services and USDA-APHIS-Wildlife Services (WS) established to provide necessary technical and operational assistance in identifying, controlling, and abating coyote predation to livestock. During FY2010, WS provided direct control services to 159 livestock farms in 24 western and southside counties in federal fiscal year (FY) 2010. During this period of time, 348 sheep, 35 calves, and 5 goats were reported and verified killed by coyotes in Virginia on these 159 farms. This level represents a 19 percent increase in reported sheep predation and a 6% increase in reported calf predation over the previous fiscal year. This only represents the number of farmers that were able to receive help. Many other farmers have suffered losses without assistance.

A big thank you should be extended to Delegate Poindexter and Senator Ruff and their General Assembly colleagues for tilting the scale back in the landowner’s favor by keeping tools in place to deal with coyotes’ depredation on the livestock industry.