*News Leads are the weekly top agriculture stories written by Farm Bureau’s Communications Department and sent to local newspapers and TV stations around the state as a news release. This story was released on Oct. 13. 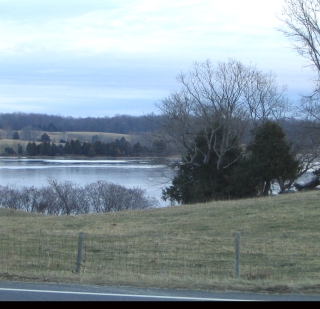 Virginia farmers in six soil and water conservation districts are being urged to participate in a pilot program to collect information about conservation practices they’ve implemented.

“Farmers need to know what’s going on, and they should participate,” said Wilmer Stoneman, Virginia Farm Bureau Federation associate director of governmental relations. “This is a program that is valuable to them. It’s a direct response to Farm Bureau’s complaints that incomplete data is being used by the Environmental Protection Agency to draw up mandatory conservation programs to improve water quality in the Chesapeake Bay watershed.”

Best management practices are changes farmers and other landowners make to their property to reduce or eliminate soil erosion or contamination of water. They include switching to no-till planting methods, fencing livestock out of waterways, using nutrient-management planning for crop production, and covering manure storage facilities.

The Virginia Department of Conservation and Recreation has records only of practices installed using cost-share funds from federal and state conservation programs. Those were the records the EPA used for its Chesapeake Bay computer model in recent years.

“We know that a lot more conservation practices have been installed or are in use on Virginia farms than are on record,” Stoneman said. “They have to be, since there has never been enough cost-share funding to meet the demand for financial assistance. So many farmers paid for these practices out of their own pockets, but they are not being credited in the EPA model.”

In response to that complaint, the 2010 Virginia General Assembly passed a bill requiring the secretary of natural resources to establish a data collection program for voluntarily implemented agriculture and forestry BMPs. Virginia’s 47 soil and water conservation districts are the primary collection agents, and six pilot districts started that work this summer.

The pilot districts are located in and around Bristol, Roanoke, Harrisonburg, Charlottesville, the Northern Neck, Virginia Beach and Chesapeake. For more information, visit vaswcd.org.