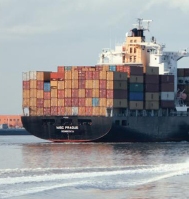 Governor Bob McDonnell will host the “Governor’s Conference on Agricultural Trade March 13 and 14 in Richmond. The two-day conference, which is co-hosted by Virginia Tech’s Department of Agricultural and Applied Economics, the Virginia Department of Agriculture and Consumer Services, Virginia Farm Bureau Federation and the Virginia Port Authority, will bring together Virginia-based agribusinesses, exporters, foreign ambassadors and embassy ministers and offer workshops on the international trade of agricultural goods.

Speaking about the upcoming conference, Governor McDonnell said, “I am pleased to announce the upcoming Governor’s Conference on Agricultural Trade. My administration, working with our private sector partners, has aggressively pursued opportunities to open new markets around the world for Virginia agricultural products and the new export figures for 2011 to be announced at the conference will reflect the hard work and success of Virginia agribusinesses in this past year. With more than half a million jobs in Virginia’s agriculture and forestry industries, it is vital to the health of our economy that we continue to promote the trade deals that connect these fine products with domestic and overseas consumers. At this conference we will bring together stakeholders to share what works in agricultural trade and to chart a course for future growth.”

Since taking office in 2010, Governor McDonnell led overseas economic development and job creation missions to Great Britain, the Netherlands, Germany, Japan, China, South Korea, Israel and India. These missions have resulted in more than $100 million in new agricultural exports from Virginia so far. Gubernatorial trade missions for 2012 are being planned now.